The following diagram shows a typical Yellowfin cluster running in a Docker Swarm environment, which typically has the most components of our Docker deployment  examples. Note that we’ve used Traefik in our architecture to route requests to the Yellowfin containers, but any container-aware proxy that makes use of sticky sessions could be used in its place. 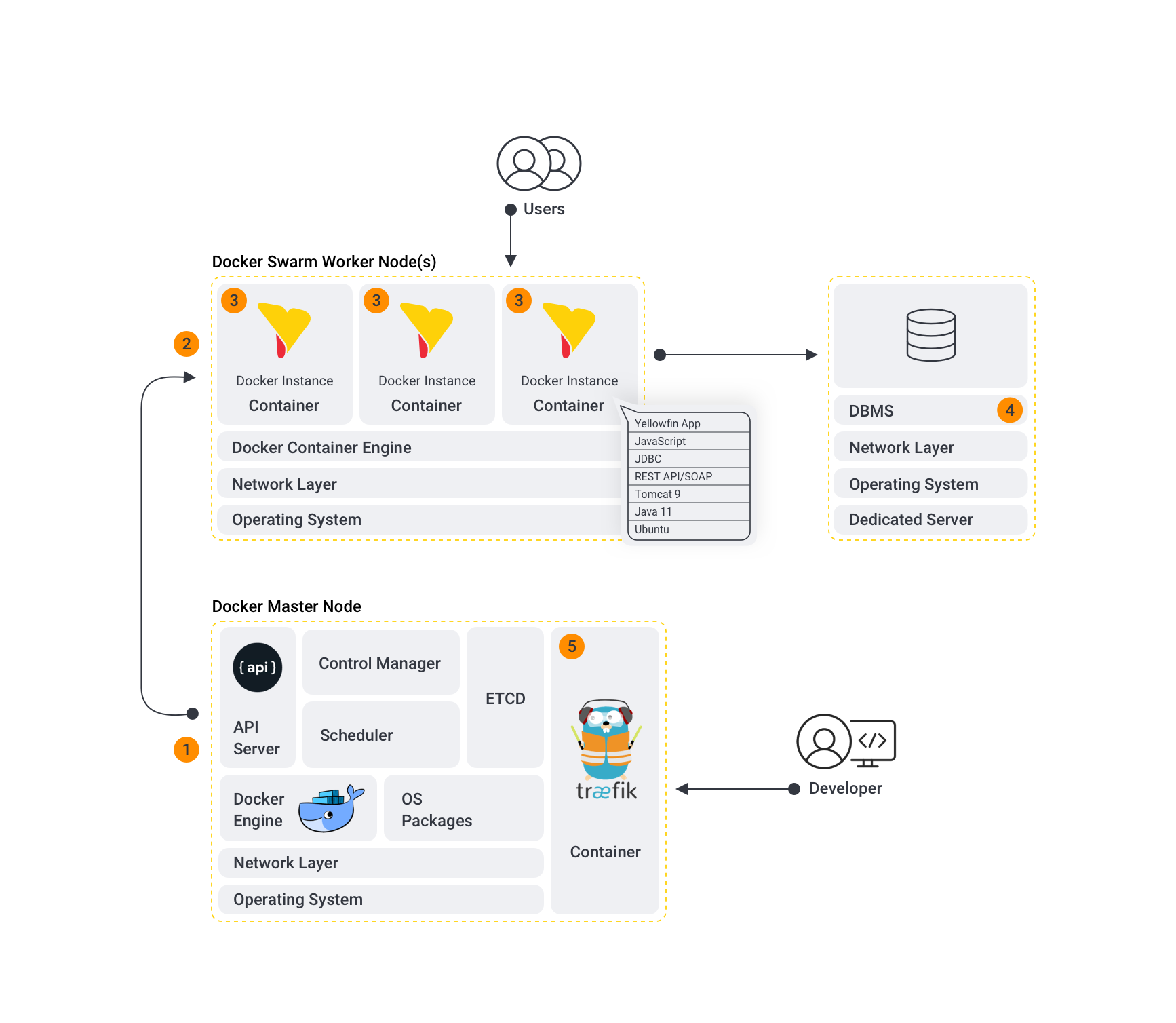 For single-instance deployments of Yellowfin on Docker, Traefik is an optional component, as with only one Yellowfin instance running, a reverse proxy is not required.

For single-instance deployments of Yellowfin on a Docker Server, Traefik can be deployed to route requests to the Yellowfin container (although we have not provided an example of it). See Traefik’s documentation on how to achieve this. 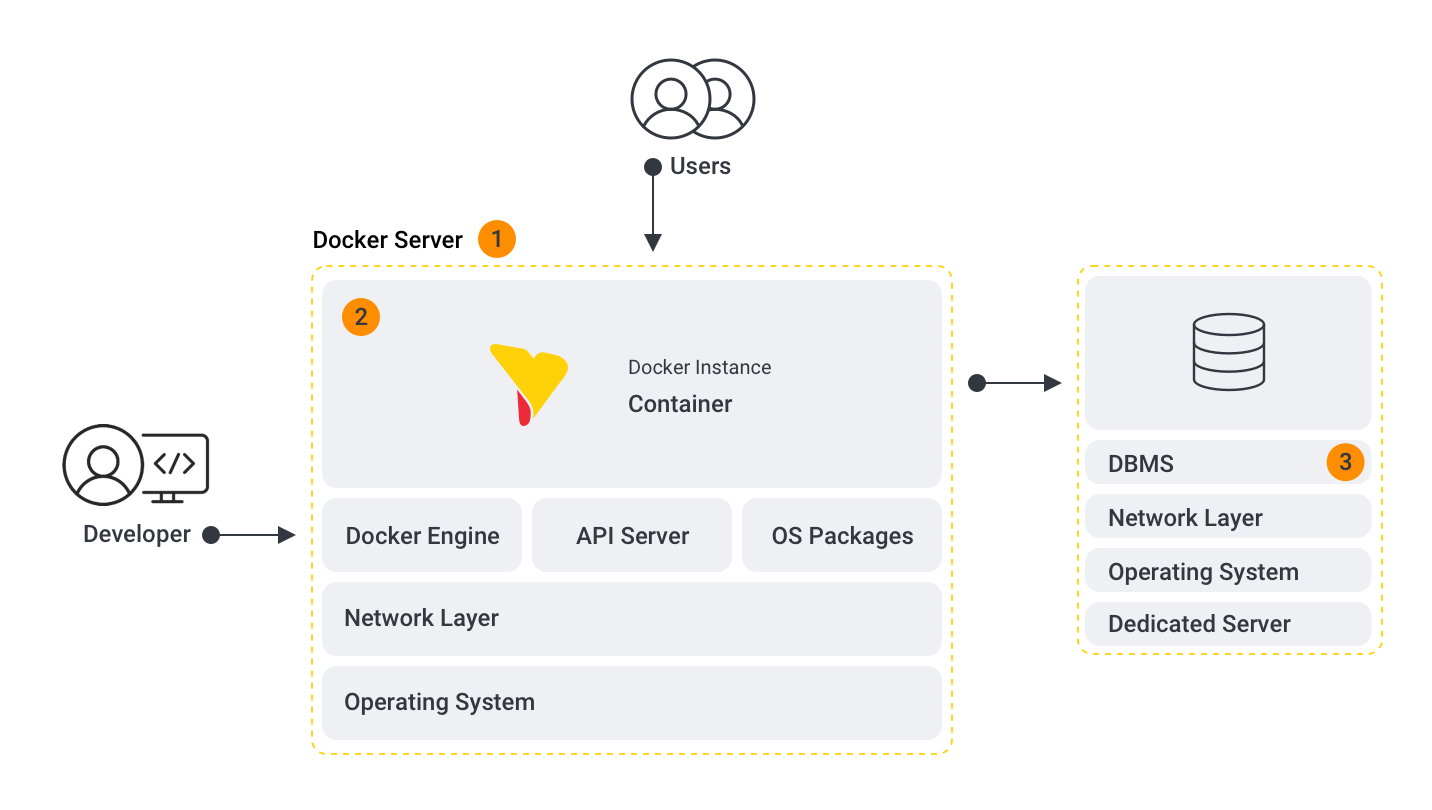 For a clustered Yellowfin deployment on a single Docker server, if the Docker environment can have an external load balancer that supports sticky sessions provisioned, then that can take the place of Traefik in this diagram.

Before deploying Yellowfin on Docker, make sure you’ve chosen which type of deployment suits your requirements. Choose from:

Before deploying Yellowfin on Docker, you will need:

Current topic - Install in a Container

The page is part of the Install in a Container topic contains the following pages, split by Docker and Kubernetes:

Install in a container

Install in a Container