Report & Edit Menus#top
When a report is initially created it's in draft mode. This means that it's currently being edited and cannot be accessed by other users. When the report is complete it's activated, meaning that it's ready for consumption. Different menu options are available through the Report & Edit menus depending on this status. 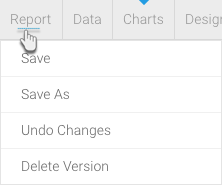 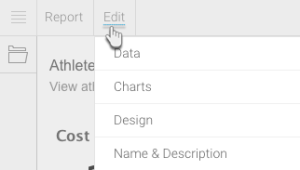 Report & Edit Menus#top
Once a report has been activated, the next time it is placed into draft mode the active version will remain. This means that the report can still be used on the dashboard, storyboard, discussion, and by report readers. When the edit is complete the report writer will have the option to either Save the report, replacing the current active report, or Save As which creates a new report. 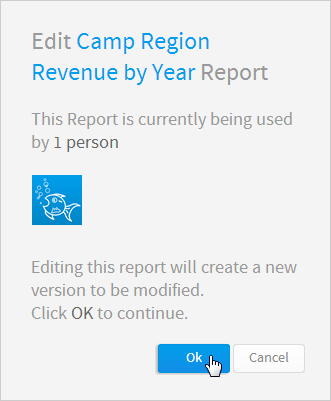 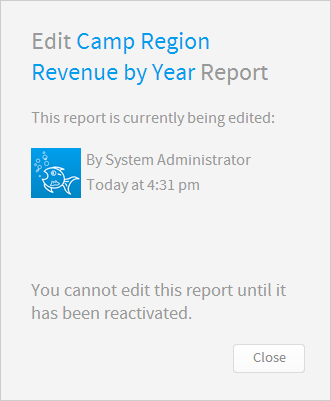 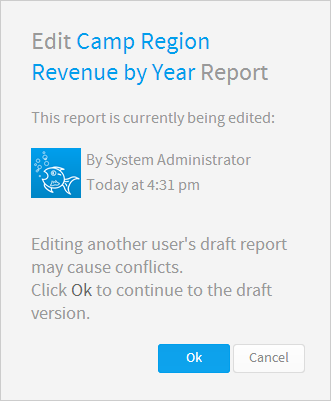