The following diagram shows a typical Yellowfin cluster running in a Kubernetes environment, which typically has the most components of our Kubernetes deployment  examples. Note that we’ve used Traefik in our architecture, but any container-aware proxy that makes use of sticky sessions could be used in its place. 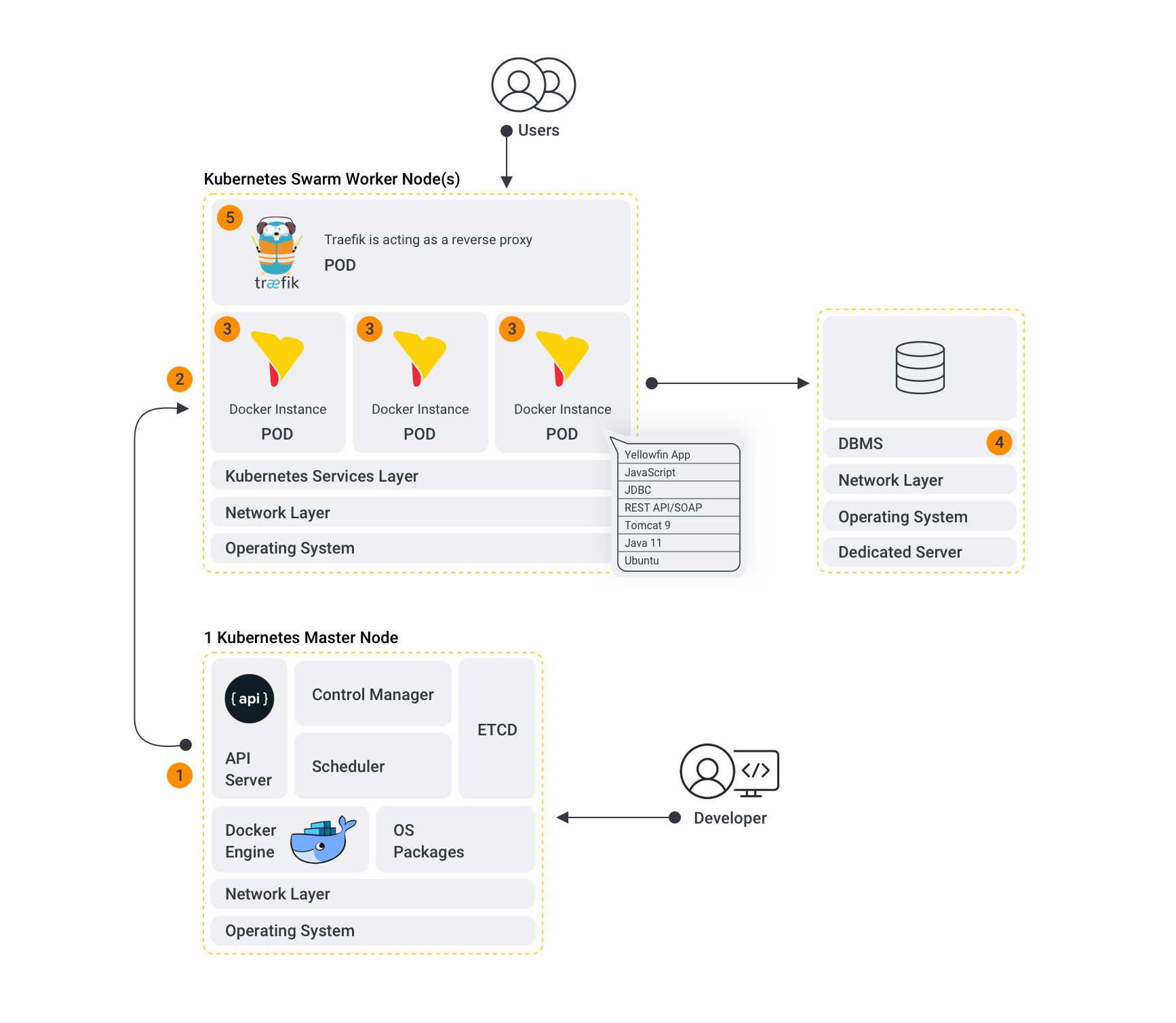 Before deploying Yellowfin on Kubernetes, make sure you’ve chosen which type of deployment suits your requirements. In our examples, we’ve  deployed Yellowfin in a Kubernetes environment via Kubectl. We chose Kubectl because it’s a free command line tool to interact with the Kubernetes control plane (the master node), which is well documented, but you can choose a different tool if you have a preference.

Although Yellowfin on Kubernetes will run without it, we highly recommend your environment uses a reverse proxy capable of handling load balancing and sticky session support. We’ve provided deployment steps for environments with proxies (using Traefik) and environments without proxies.

Before deploying Yellowfin on Kubernetes, you will need